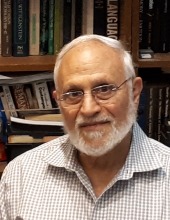 I am investigating the norms that underlie certain rationally-governed activities. These include (but are not limited) to rational inquiries (knowledge seeking activities).  I am particularly interested in the activity of mathematical research, and in comparisons among mathematical, philosophical  and empirical enquiries.  Recently I have been developing the notion of what I call a “standpoint” – a family of interrelated epistemological, cognitive, ontological and semantic/logical norms – that underlie a class of rational enquiries. I pay special attention to the conflicts of “rival” standpoints for mathematical and other enquiries. I pursue this program both systematically, and historically (looking at roots of this notion of a standpoint in early modern thought). I have a current grant to apply this program to the foundations of ‘intuitionistic’ mathematics.