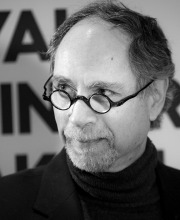 Eyal Winter is the Silverzweig Professor of Economics at the Center for the Study of Rationality of the Hebrew University and  the Andrews and Elizabeth Brunner Professor of Economics at Lancaster University, specializing in Behavioral Economics, Decision-Making and Game Theory. He is the former head of the Rationality Center and of the Economics department of the Hebrew University of Jerusalem. He was awarded the Humboldt Prize for excellence in research by the German government in 2011. He is an elected council member of the International Game Theory Society, and an elected fellow of the Economic Theory Society. He held senior positions at Washington University, University of Manchester and the European University Institute, and was invited to present his research works at more than 160 universities in 30 countries. His book "Feeling Smart: Why our Emotions are More Rational than We Think" appeared in nine languages, and was endorsed by seven Nobel laureates. Winter published in leading journals in Economics and Social Sciences including Econometrica, AER, ReStud, APSR, JET, Management Science, Psy Science. His press essays appeared in Time Magazine, Forbes, Los Angeles Times, Washington Post, Guardian, the Independent, Jewish Chronicle and more.  He has advised governments, corporations and NGOs on behavioral economics, game theory and decision-making.